Your new loft – your chimney

Remember Dick Van Dyke’s dodgy ‘Cockney’ accent singing ‘Chim Chim Cheree’ in Mary Poppins? Happy as he was going up all those London chimneys, these days you’re more likely to be thinking about taking your chimney down.

Jon Pritchard’s customers regularly ask about chimney work when they are in the early stages of planning their loft conversions. Can we remove them? If we can, will removing the chimney add significant space in the loft? How might it impact the neighbours? Are there any loft conversion chimney works that will be essential?

As I’m sure you can understand, until your scaffolding is up and we can fully sight your chimney, it’s not possible for us to accurately assess and price any loft conversion chimney works.

Let’s take a look at some of the options and possibilities your have regarding chimney works during your loft conversion project.

Parts of the Chimney

The chimney breast the most visible part of your chimney. This brick wall encases the flu and other functional parts of the chimney, providing added insulation from the ascending heat, and vital structural support for the chimney stack above.

This is the part of the chimney that protrudes from the roof, ending in a cap. 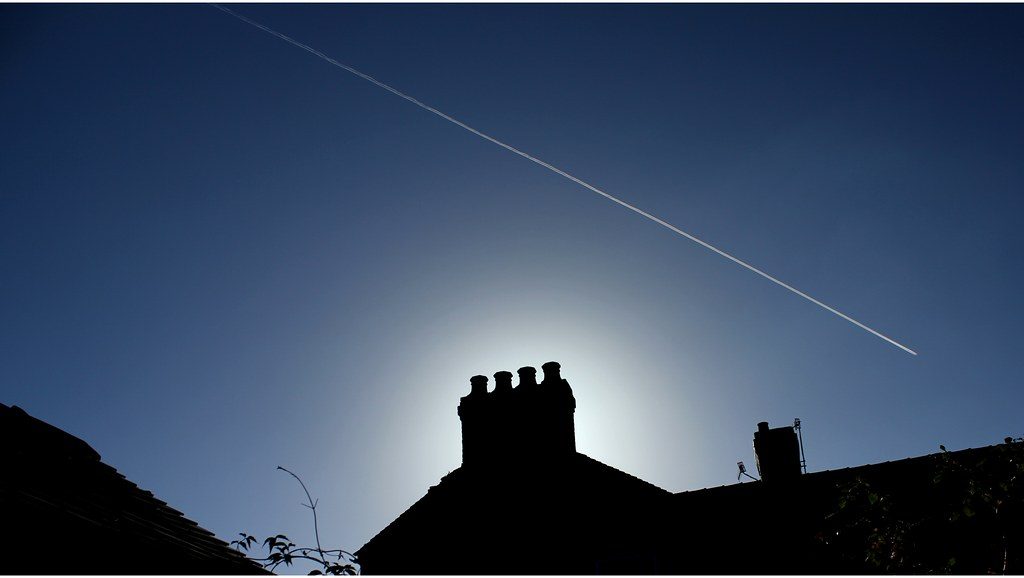 The first thing to consider is the type of property you are in, as you may have an independent chimney, or one that is tied to your neighbour’s property.

If the chimney is totally independent from your neighbours’, you have more options for what can be done. However, you can’t just remove a chimney from inside your loft. Structural engineers require as much chimney stack inside as outside, meaning if you remove the chimney internally you must also remove it externally. This is quite a large addition to the work of a loft project and, for the cost, does not create a huge amount of extra space.

If you only want to remove the exterior chimney stack you have the option to remove it and extend your roof over the remaining hole. Sometimes leaks and structural damage mean this is a practical idea if you don’t have, or want, an open fire or wood burner in your home.

It is only really possible to remove the chimney breast to reclaim space in your loft if your chimney is 100% independent from your neighbours. By removing the breast you are removing structural support for the chimney stack, so unless you want to remove the exterior chimney stack, you will need additional structural reinforcements to the floor and possibly outer wall.

As with an independent chimney, you can’t just remove the chimney breast. Structural engineers require as much chimney stack inside as outside. By removing the breast you are removing structural support for the chimney stack, so unless you want to remove the exterior chimney stack (and have your neighbour’s consent to do so), you will need additional structural reinforcements to the floor and possibly outer wall.

With a chimney that is attached to your neighbour’s, your options are:

The pros and cons of these three options are:

3/ Remove as much internal chimney as possible

It is common for loft conversions with a rear flat roofed dormer, and/or side dormer(s) to have structural beams for the dormers supported on steel plate ‘shoes’ attached externally to the chimney. Thus the chimney structure becomes an important part of your loft conversion.  This ‘shoe’ is regularly supported by a post that would usually exit the interior chimney at the centre of the ‘v’ seen in the photo below (in this case a post was not required).  If your internal chimney was removed, and additional structural support installed for the chimney stack above, this extra structural post would still be required to ensure structural integrity of your new dormers.

Going with the flue flow

With loft conversions it’s often better to accept that you will have some odd nooks and crannies in your loft, and be ready to love them and work creatively with them.  For example, had the conversion below required a central supporting post in the alcove, it would have been easy and effective to use that space for bookshelves or display shelves.

As your loft conversion specialists, we want to manage your expectations. While you may have ideas about what you’d ideally like to do with your chimney, we can only tell whether those ideas are do-able after Building Control have looked at your designs  – both architectural and structural. 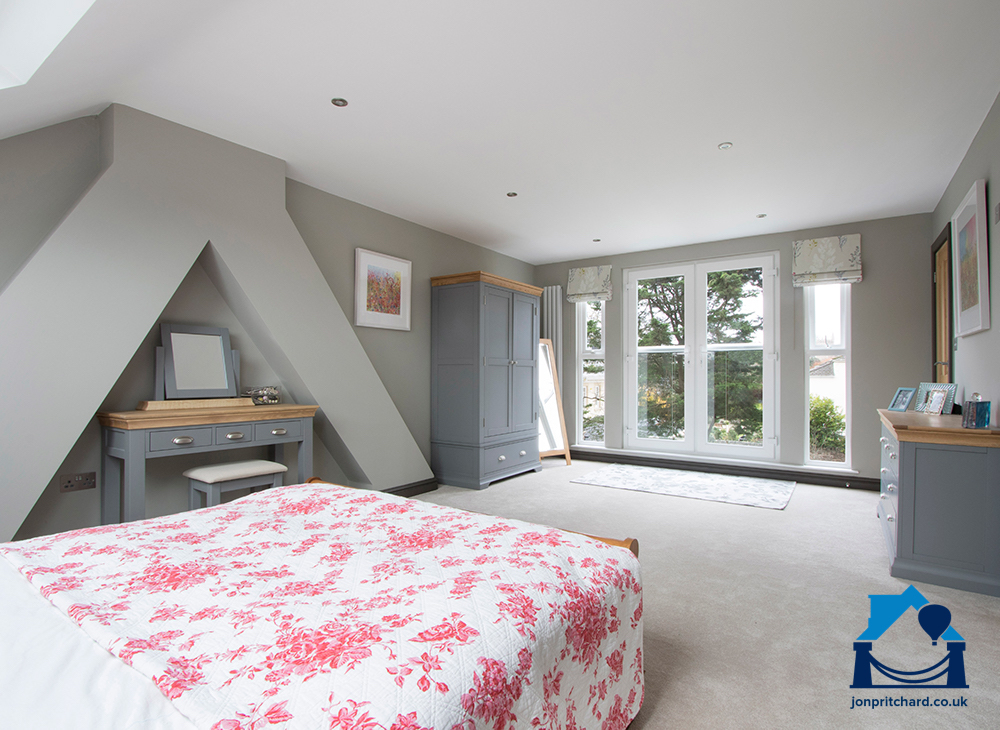 Building regulations state that the chimney stack must be higher than the existing building’s ridge line. With older houses it’s often the case that rear chimneys are not this high. By performing work in the house affecting the ridge line – i.e. adding dormers, it’s necessary for us to raise the height of the chimney so that it is above the height of the ridge line per current regulations.

Again, this is something we can’t plan for accurately or price until your scaffolding is up and we are able to properly survey your roof and chimneys.

How much will chimney work cost?

Allow a budget of £500-£2500 for chimney works, which can include extending, re-pointing, building the chimney back up if it’s insecure (as can be common in old properties), or dealing with weeds and plants growing out of it etc.

Approximately 60% of lofts converted need some work on the chimney.

If a flue liner has been added for a log burner on a lower floor there is often not enough slack in the flue liner to pull it up to reach the new top of the chimney. This means that the entire flue has to be replaced by a specialist heating engineer – at your own cost.

For a fun moment free from loft conversion planning, take a trip down memory lane and watch Dick Van Dyke waxing lyrical about the joys of chimneys. Perhaps it’ll help you decide that it’s easier, and really quite attractive, to keep a little bit of history on top of your house!

For more ideas for your loft conversion, including working with odd spaces to create practical and attractive storage, visit our gallery and our Pinterest page.